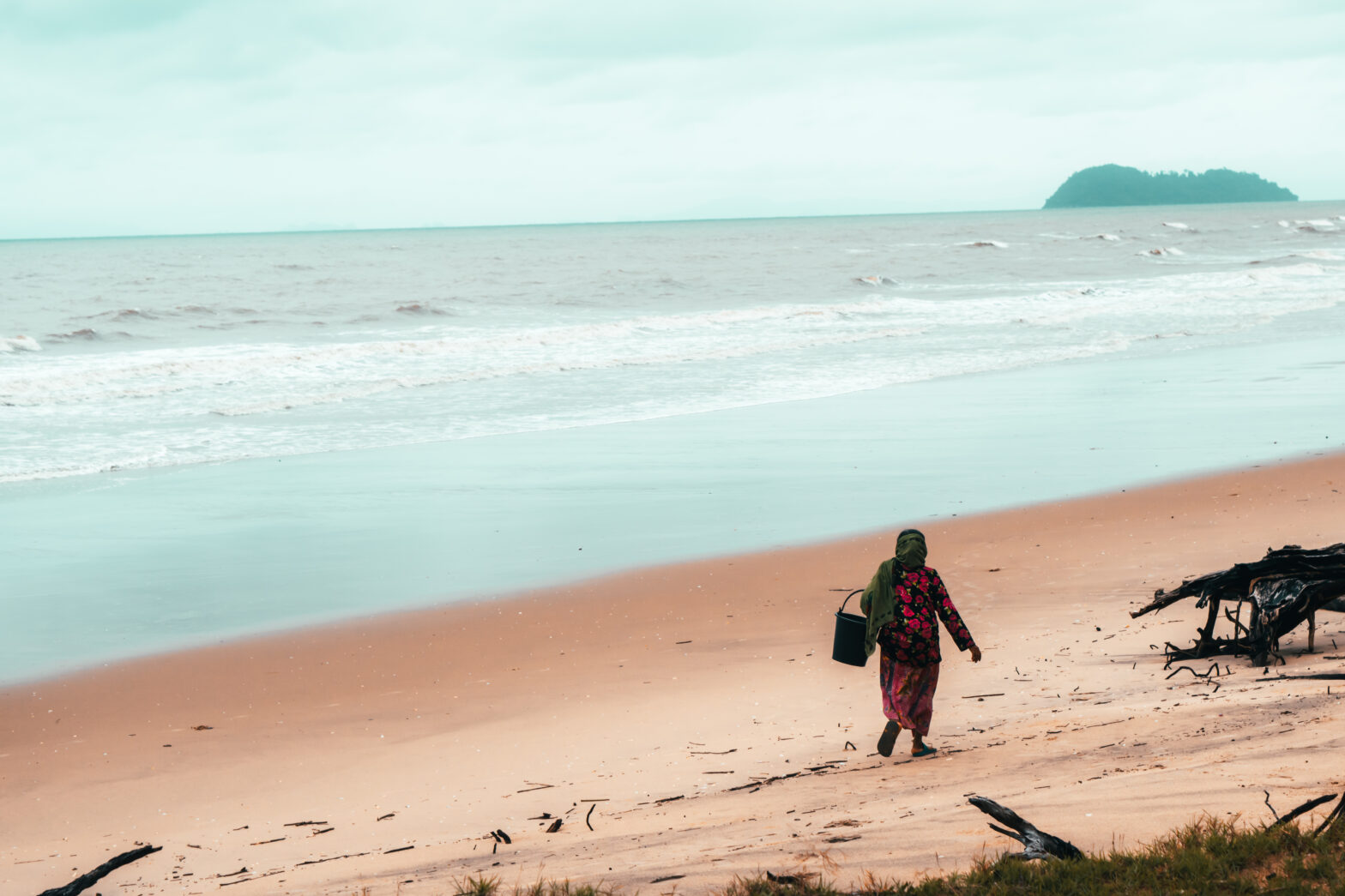 In the height of the monsoon season, an old silver Toyota bounced back and forth down the dirt path. The wheels struggled to find a stretch of solid ground as the rain thundered on the van’s metal roof. I peered outside to get a sense of my surroundings. To my left was a small collection of misty islands rising out of the dark grey sea. To my right lay a labyrinth of mangrove trees stretching for miles before reaching the jungle-clad mountains. Small storm waves broke soundly onto the sand. The gloomy water looked peaceful, easy to forget its deadly potential. There was history here. 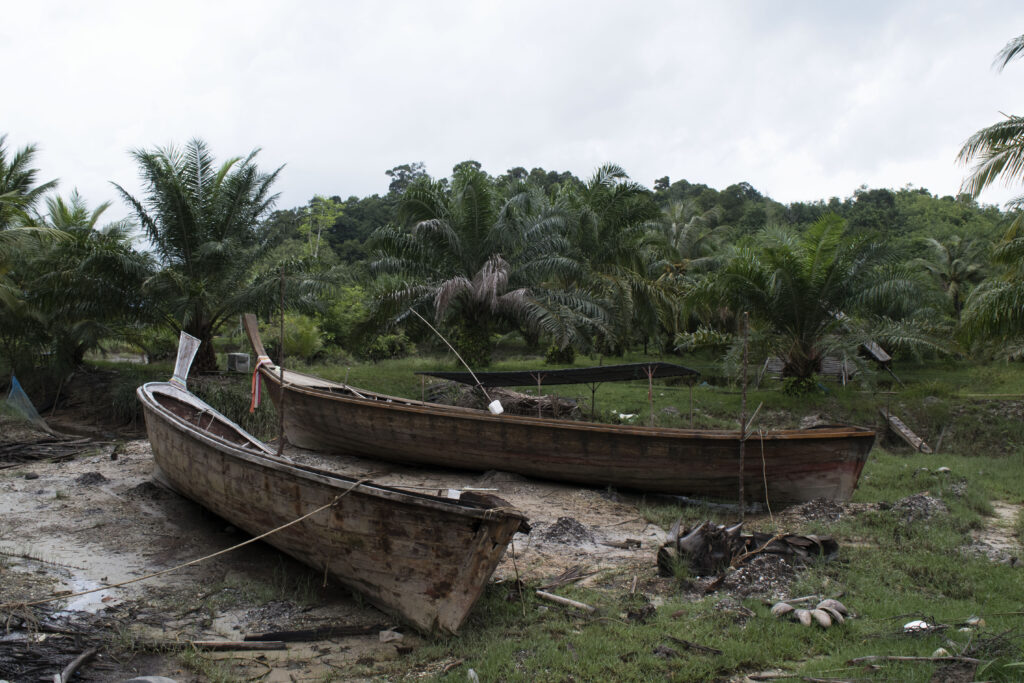 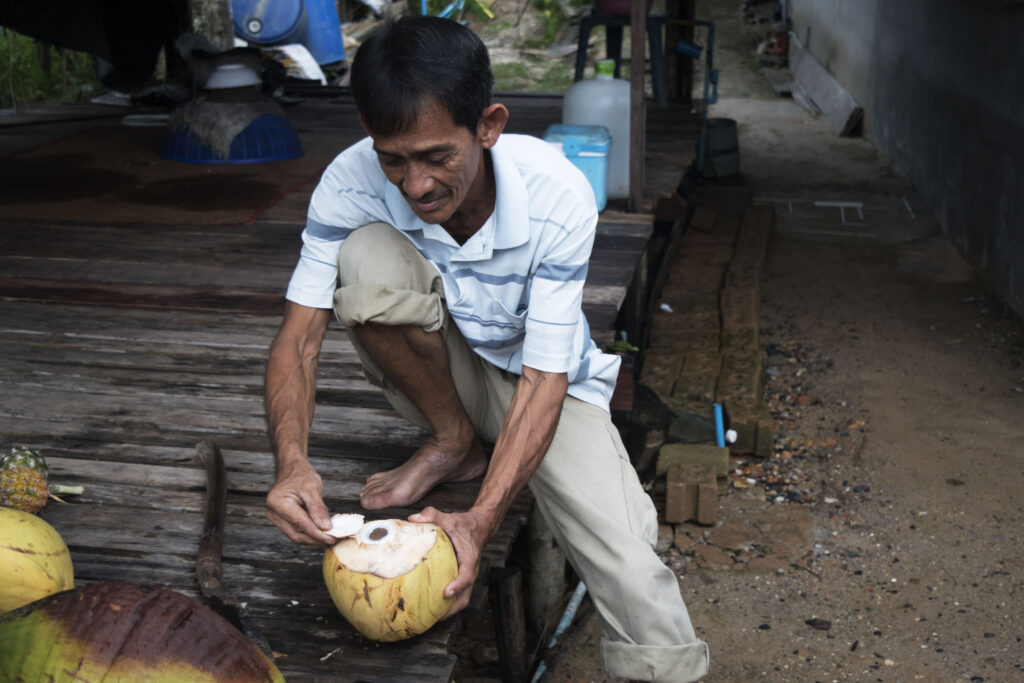 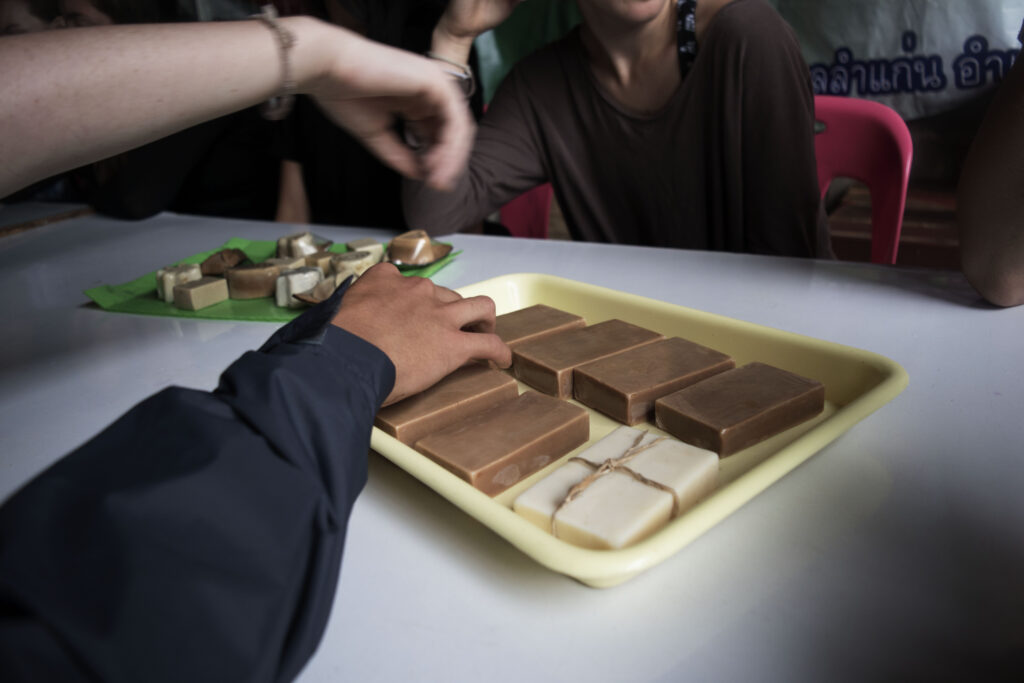 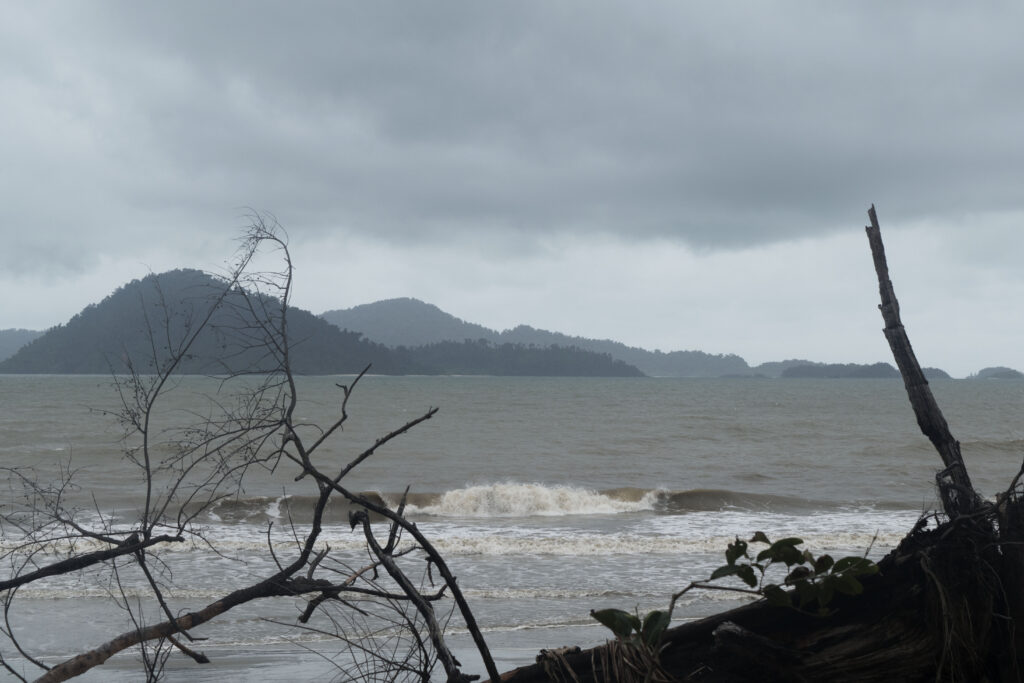 The small seaside village of Ban Talae Nok rests on the shore of southern Thailand’s Andaman coast. The “Village by the Outer Sea” – an English translation of its Thai name – is home to a largely Muslim population, a rarity in a country that is almost entirely Buddhist. Sadly, discrimination against Muslim groups within Thailand is not uncommon. The religious tension occurs primarily in the south, around where we were staying, due to the proximity to Malaysia, a predominantly Muslim country.

In the summer, the men are drawn out to sea on their long tail boats to catch jellyfish for harvest. Wielding their massive nets, these fishermen can bring in hundreds of jellies per boat with each excursion. The catch is then taken to a large wooden mechanism on the shoreline to be harvested and prepared for export. This has historically been Ban Talae Nok’s largest industry. Meanwhile, on land, the women weave bamboo roof shingles, mold herbal soaps, and take care of essential housework. 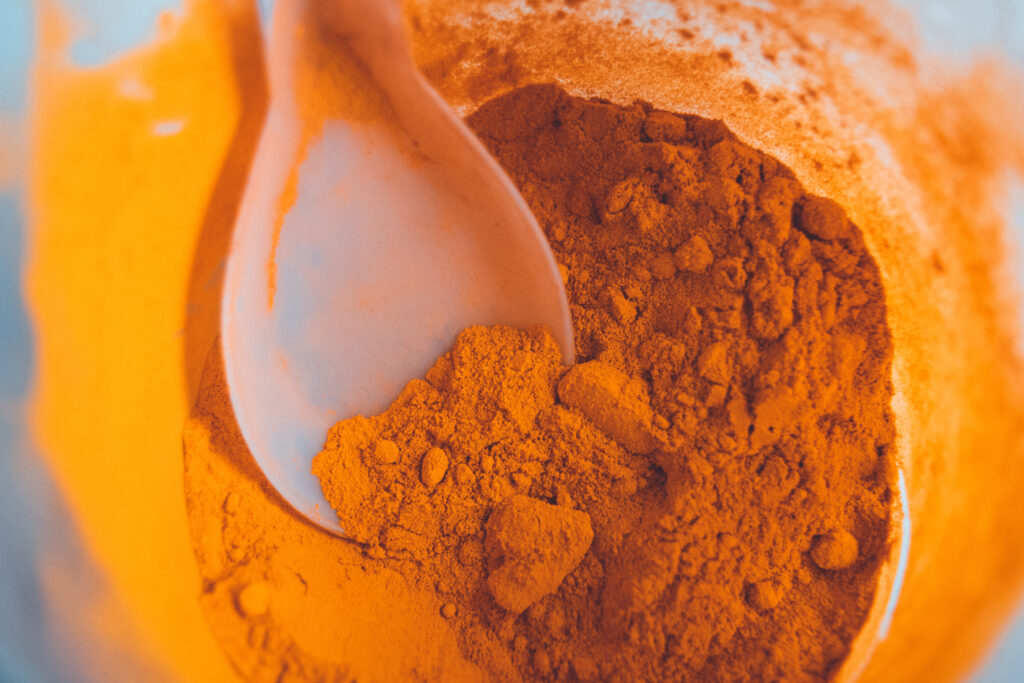 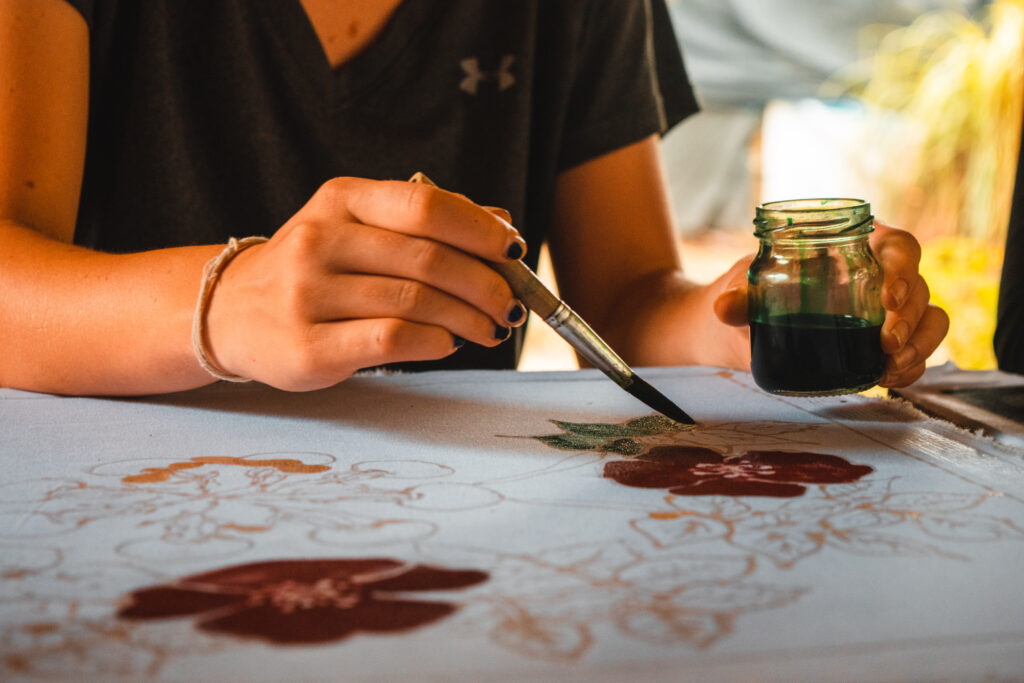 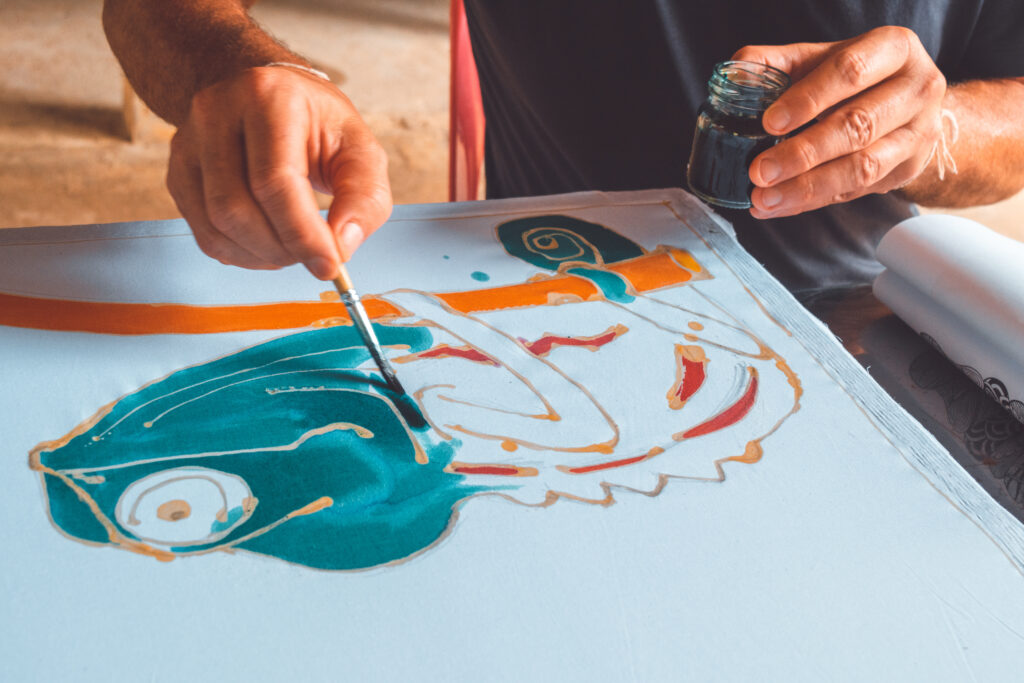 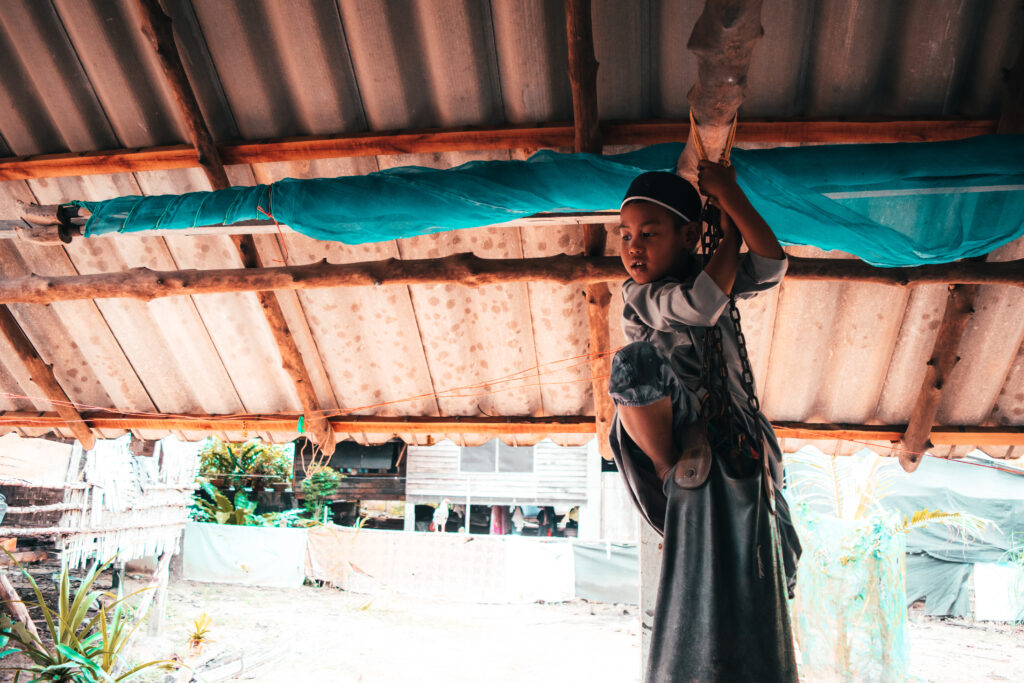 The town is a small, yet lively, place, a community situated around a paved road that runs through its center. Gravel back streets shoot off from the asphalt into the adjacent neighborhoods. During the afternoon, it became clear that the paved road was rarely used by motor vehicles, occupied instead by cows, carts, and children at play. At night, the residents return to their homes. Smoke pours out of candle-lit windows as religious hymns echo across the street. A dense mist pushes inland from the shore and snakes though the jungle valley. The evening sky turns into an ever-darkening shade of blue before inevitably falling into the endless black of night. 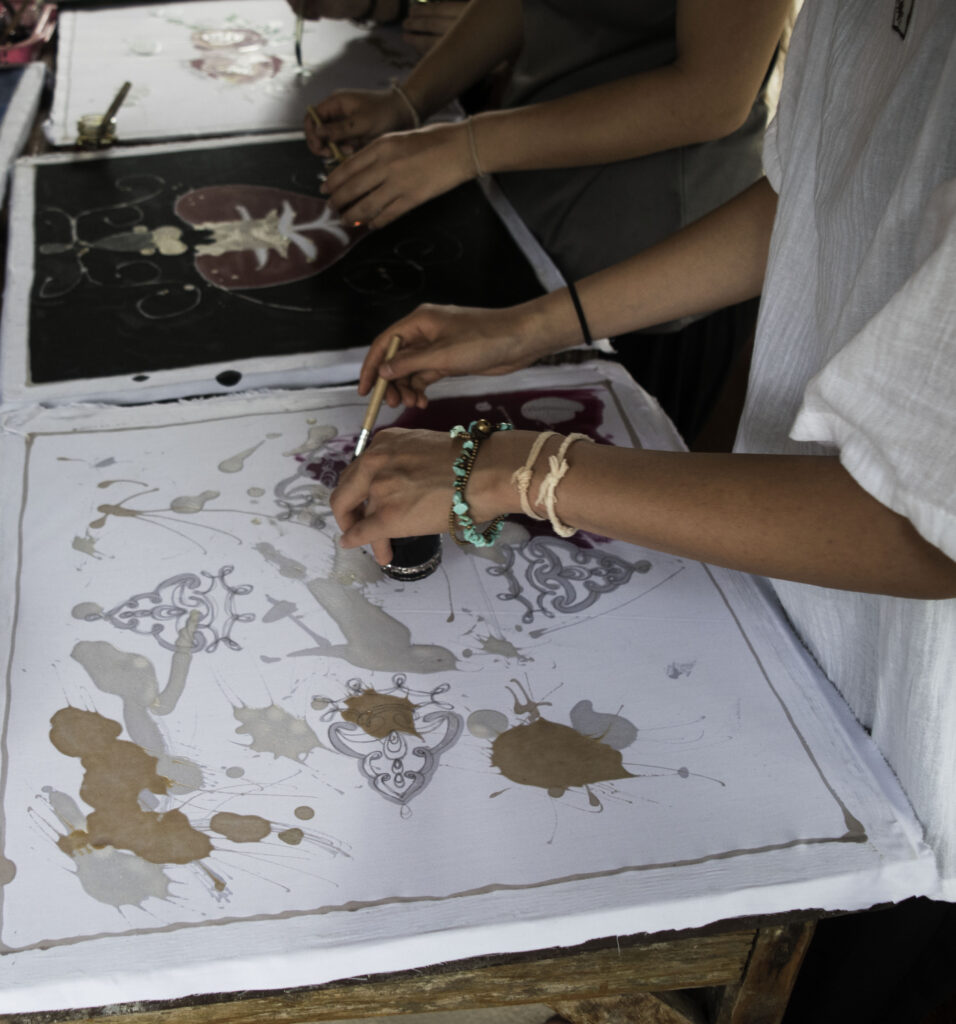 After finishing a late dinner of spiced chicken, pumpkin, and rice, the owner of the house joined us outside on the patio. She was an older Thai woman, yet spoke with youth in her voice. We were able to communicate through basic translations. Using my phone, I showed her images of friends, pets, and adventures from back home. She pointed, smiled, and laughed, showing genuine interest in who I was and what my life was like. I found it amazing that I could so easily connect with someone who spoke a different language, followed a different faith, and lived in a different country. We are all just people, after all. My friends and I told her that if she had any questions for us, anything in the world, we would be happy to answer. The first and only question she asked, relayed through loose translations, was this:

“Why would you choose to live in these conditions when you have a comfortable life back home?”

Looking back, she had a point. Why would anyone travel from a place where they are happy and stable to a place they have never been before? It is true that change can be uncomfortable. However, change can also bring immense growth, and this is especially true with villages like Ban Talae Nok. 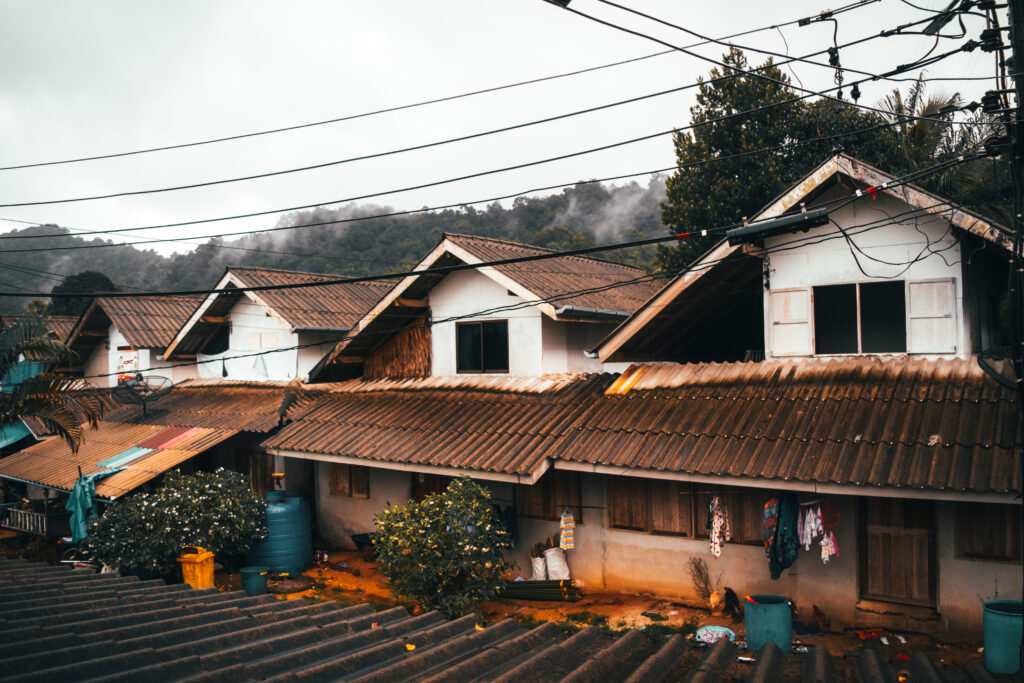 For two nights we stayed with a lovely family of six on the South-eastern edge of the village.

As the night became darker, the wind grew stronger, carrying with it the patchy rains we had grown accustomed to during our stay in the village. From where my friends and I had sat that night, we could still hear the faint sounds of the small waves breaking onto the sand. No matter where you are in Ban Talae Nok, the shore is never far. However, the village’s relationship with the sea is as complex as the maze-like swamp between them. It has brought the people life by providing sources of food, pathways for transportation, and a gateway for trade. That being said, it has also brought them immeasurable hardships.

On the morning of December 26th, 2004, the village was decimated by a tsunami. According to a survivor who witnessed the impact of the first wave, the water came higher than the trees, which were roughly 7 meters in height. The brunt of the damage came from the second wave that hit, however, as it carried with it the debris from the first. Out of the 200 residents of Ban Talae Nok, 153 survived. The most severe physical damage was done to the thirteen beachfront houses that were used as stay-over destinations for the fishermen during the jellyfish migrations. Ruins still dotted the sand bar as we floated past. Cruises through the mangrove swamps on long-tail boats as well as other tourism-based activities have become important streams of income for the community. The people have had to adapt to the spotlight put on them by both charity and travel organizations, as community-based tourism slowly becomes the new central industry of Ban Talae Nok. 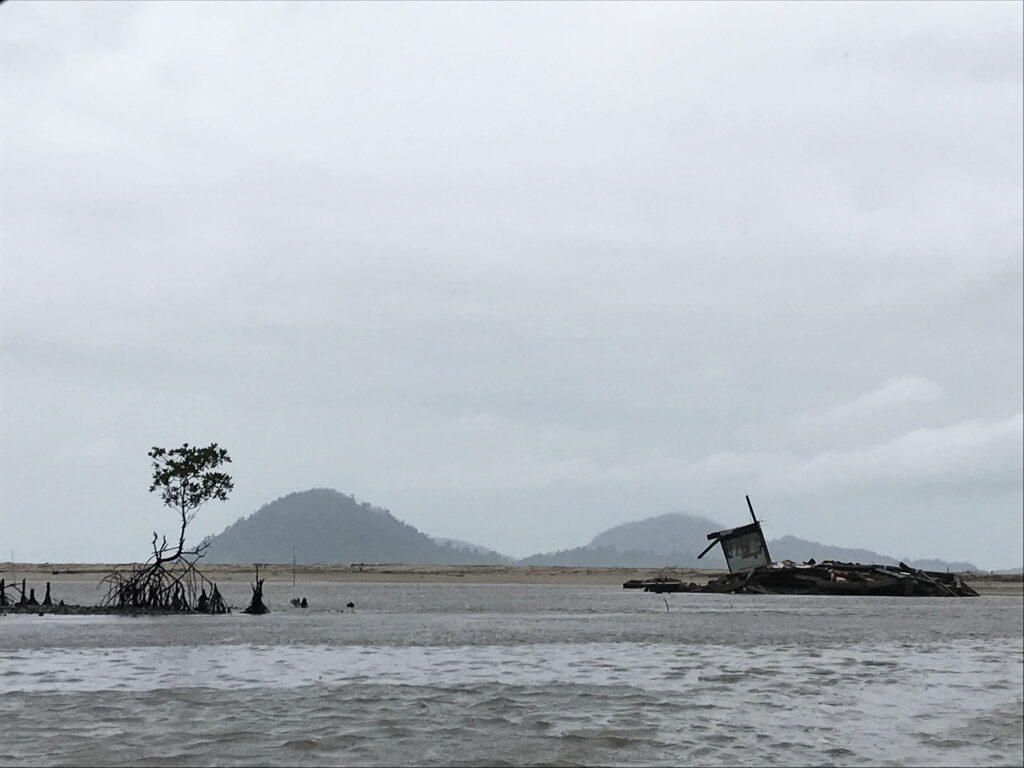 Ruins on the sandbank where fishermen used to live during the jellyfish migrations.

Through organizations like Andaman Discoveries and other tour companies, foreigners are permitted to stay in the homes of local residents, work in the workshops of local residents, and learn from the experiences of local residents. “I am happy you are here,” our host told us, “but the only problem is we can’t speak.” She was right. Even with the aid of our translator, we were only able to ask relatively simple questions. Our translations would not be exact, for our guide and our host spoke different dialects of Thai. However, we were able to grasp the essentials of each conversation and grew more and more enlightened as the night went on. We asked her about the presence of tourism in her village and how that has impacted her life. So far, she remarked, the industry has proven to have many benefits. Outsiders who come to Ban Talae Nok and meet the people who were personally affected by the tsunami can gain a new respect through understanding and bring the stories from the Village by the Outer Sea back home.

However, tourism can also have its drawbacks. She explained, “Everything is so much more expensive in Thailand now, but the income is still the same.” Our translator knew the number, “15,000 baht, divide that by 30, that’s a good 500.” What he said was that 15,000 baht a month is a salary of roughly 500 baht a week. That’s equivalent to fifteen U.S. dollars every week. “That’s the local income of a Thai,” he said, before quickly adding, “if you have a degree, that is.”

Well, what if you don’t have a degree?

“The construction workers get approximately 500 baht a day, but…the work is not steady. You don’t get a contract. Pickup trucks… In the morning you see them everywhere. They just pick up people who can work for the day. If you’re lucky, you receive a project for a couple of days.”

Prices in Thailand, especially in southern areas like the resort-filled Phuket, are heavily catered to tourists. What about the local people? What about those who cannot even work? Our host answered, “For villagers who don’t ever work, the government will pay for a Medicare-like [program]…when you go to the doctor, you pay 30 baht as a deductible. So you pay and the government forces the hospitals to accept you.” 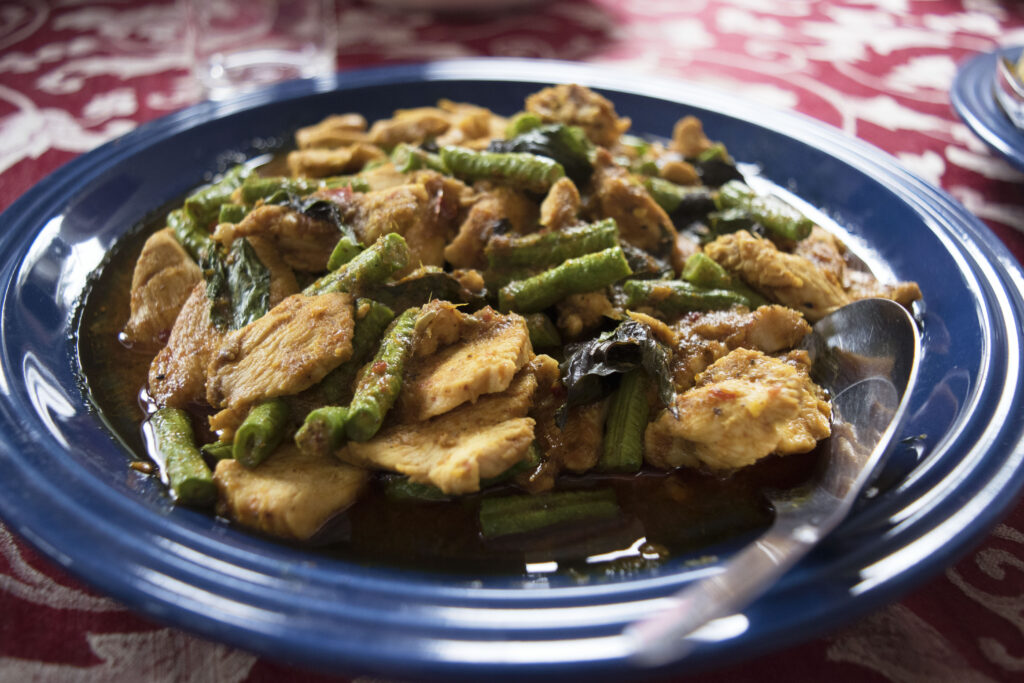 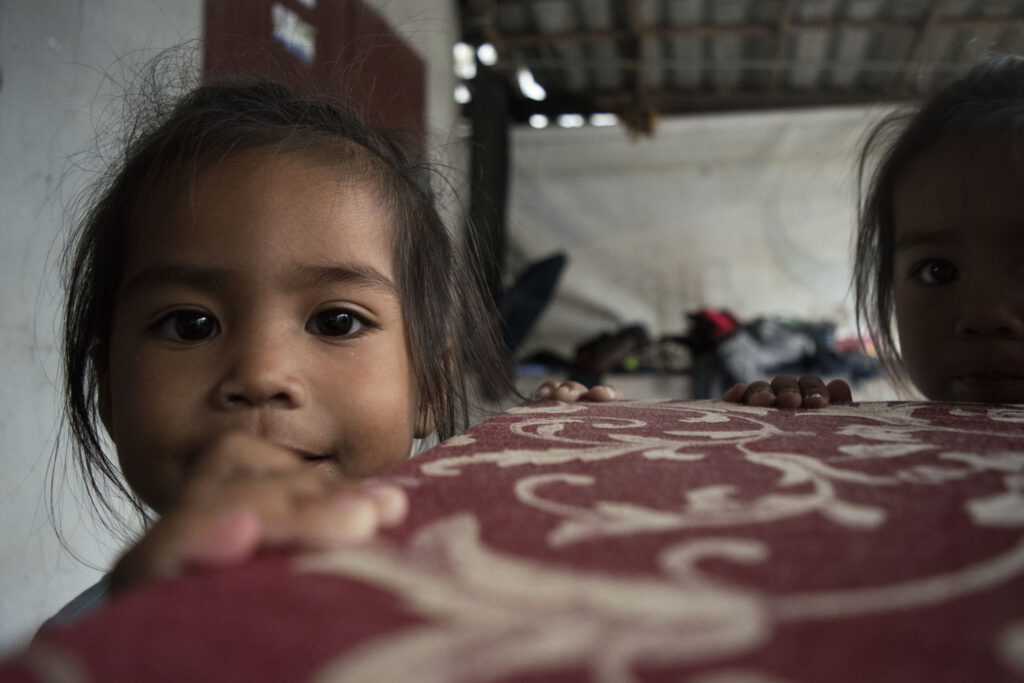 As we were talking, two young twins, no older than 3 years, ran out to the table and climbed atop their mother. She smiled and shooed them away. The two giggled and stared at us, the foreigners, in fascination before disappearing back into the house. Our host looked off into the night. “The kids on Saturday and Sunday go to study Arabic.” It was getting late and nearly time to head back inside ourselves, but not before we were taught an Arabic saying:

“It’s an Arabic blessing. May God be with you.” The saying can hold many meanings and is used within many Thai-Muslim communities. After our brief lesson, we bid farewell and retired to our mosquito nets. 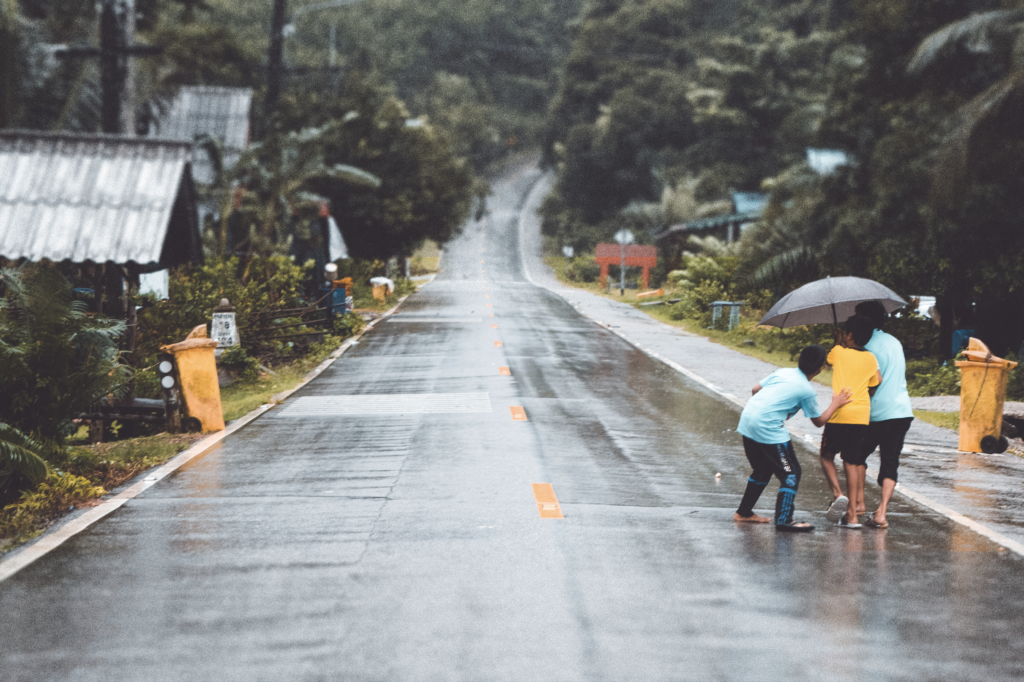 Boys running back home in the rain.

The people of Ban Talae Nok have had to be resilient and strong. Although they have had to adapt to the new and rising industry of tourism, these people are making the most of the resources at hand and are steadily rebuilding their lives. It is a truly remarkable sight to see children dancing down a village road that had been demolished by a tsunami just over a decade before. The future looks bright for this vibrant seaside community.