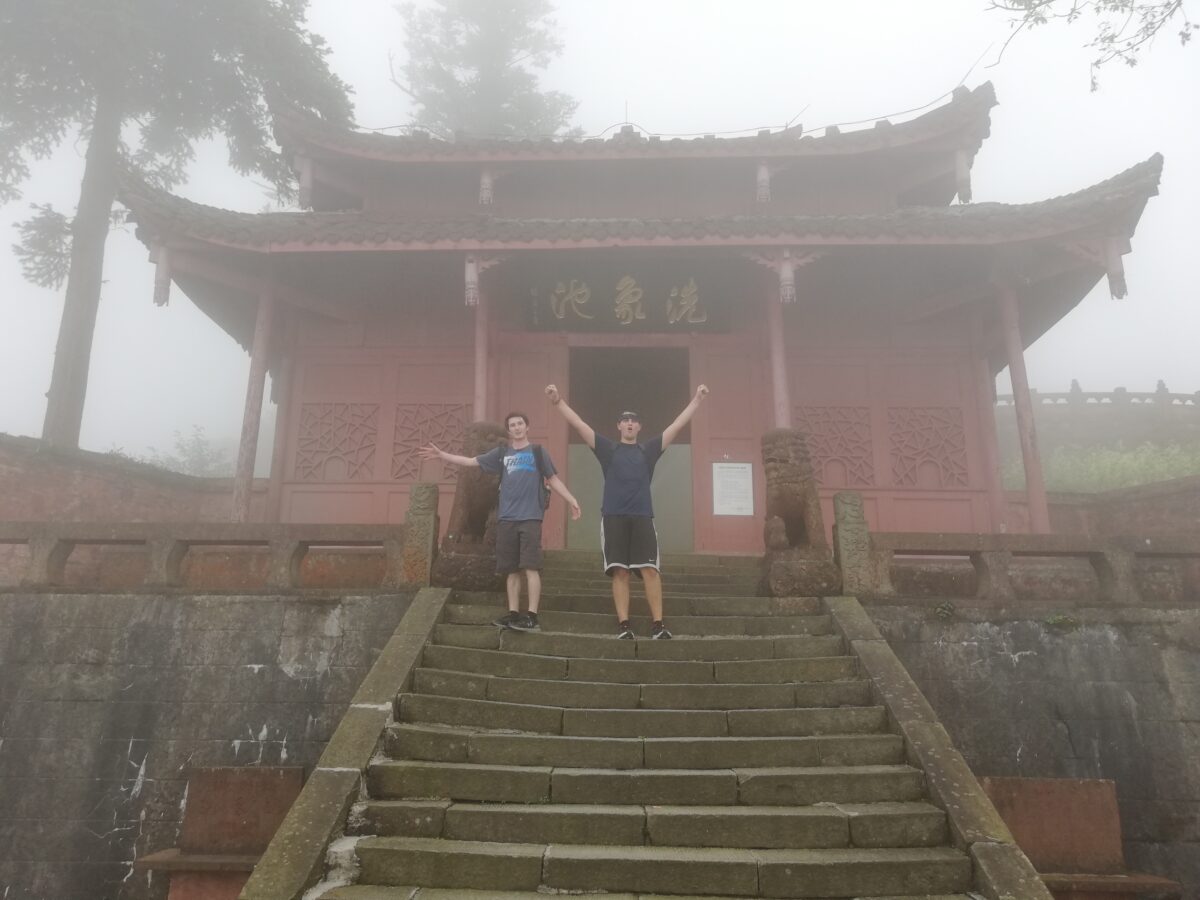 Standing at just over 10,167 feet, Mount Emei is the highest of the Four Sacred Buddhist Mountains in China and one of the most famous mountains in the Sichuan province. Its golden summit is one of the most significant Buddhist landmarks in the world and a UNESCO World Heritage site that draws thousands of tourists and pilgrims alike each year. It is also home to the Guangxiang Temple, regarded by some as the first Buddhist temple ever built in China, dating back to the 1st century CE.

1. Eat well, sleep well, and don't get drunk at the karaoke bar the night before... 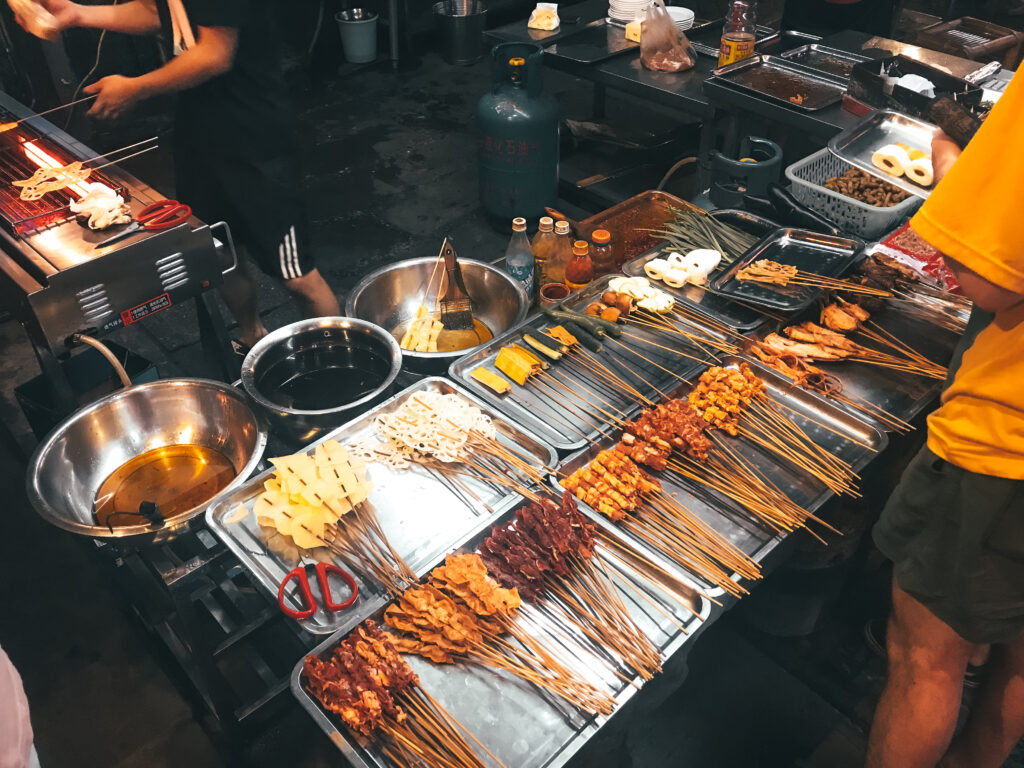 2. Take the first step, but not too fast. 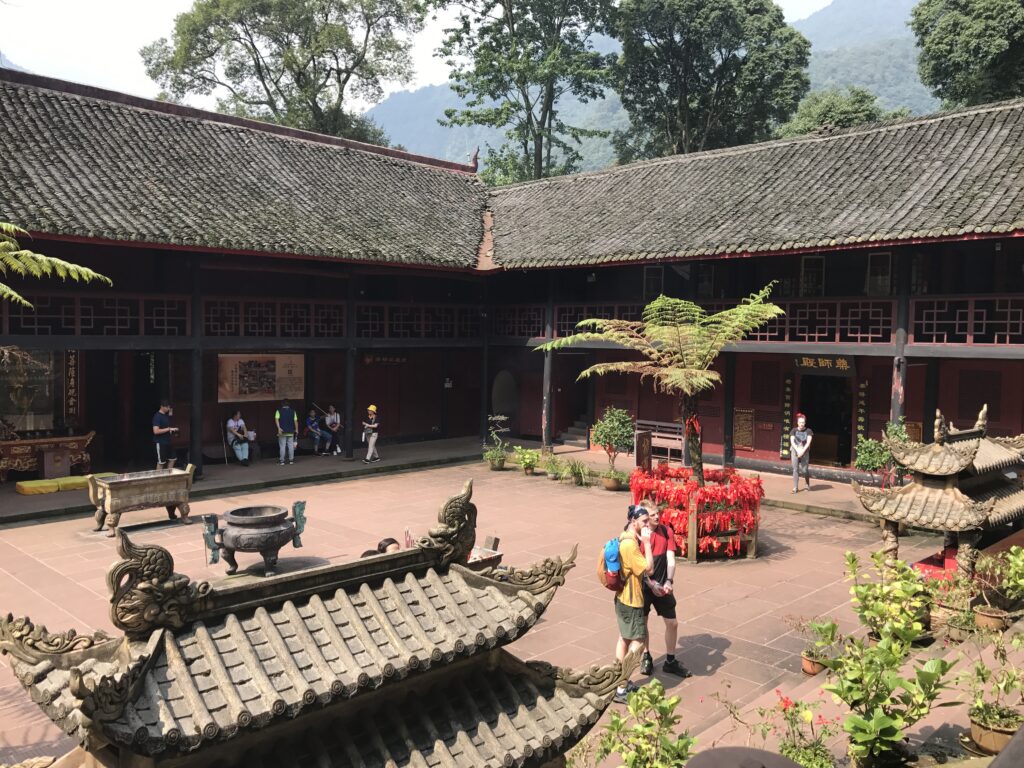 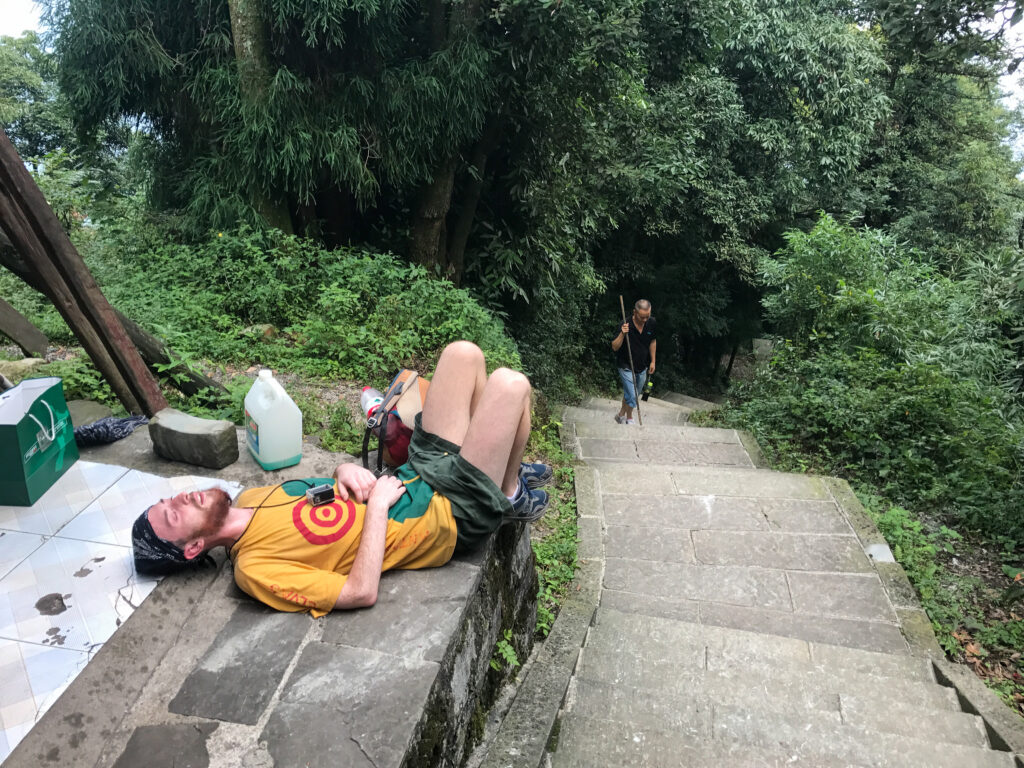 Before we even began our climb, we were sweating buckets. The temperature was in the high 90s and the humidity was in the high 80s, and it was only seven in the morning. Scientists state that nearly 25% of heat-related illnesses result from dehydration rather than the heat itself, so it was important that we drink and drink and drink so that we wouldn't end up asleep on the side of the road... though we did anyway.

Budget traveler tip: buy water at the base of the mountain and carry it with you. It may be extra weight on your back, but it will keep you from over-spending on bottled water. The nearer the summit, the more expensive everything becomes.

4. Find yourself a bamboo stick. 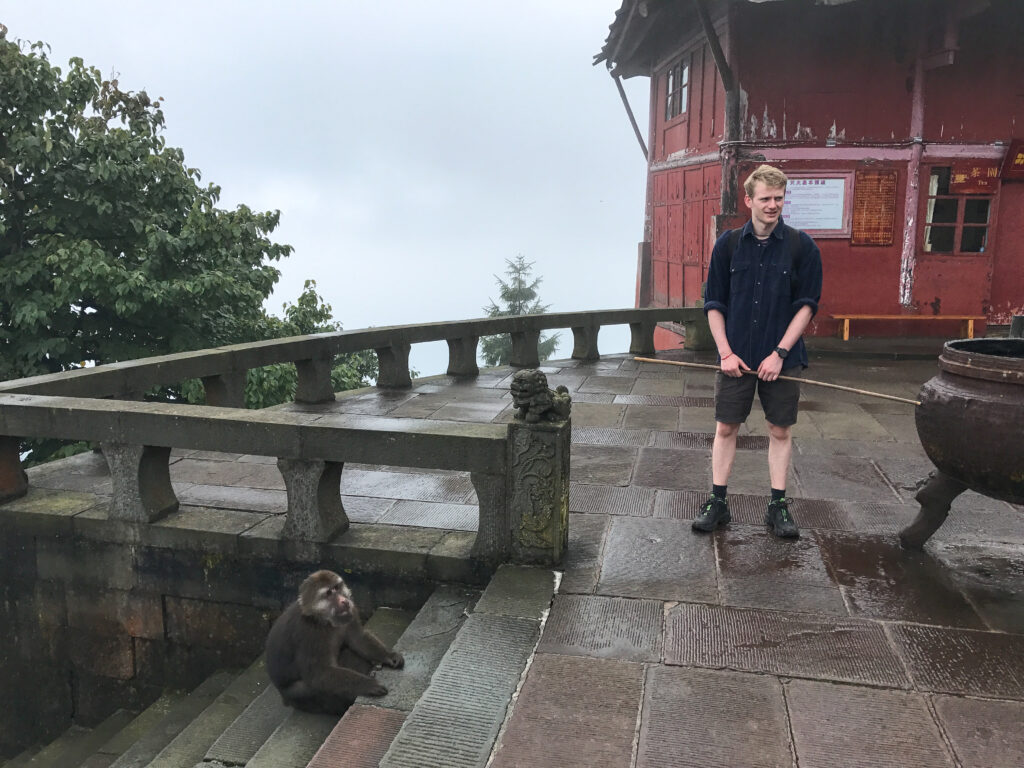 5. Spend the night in the Elephant's Washing Pool. 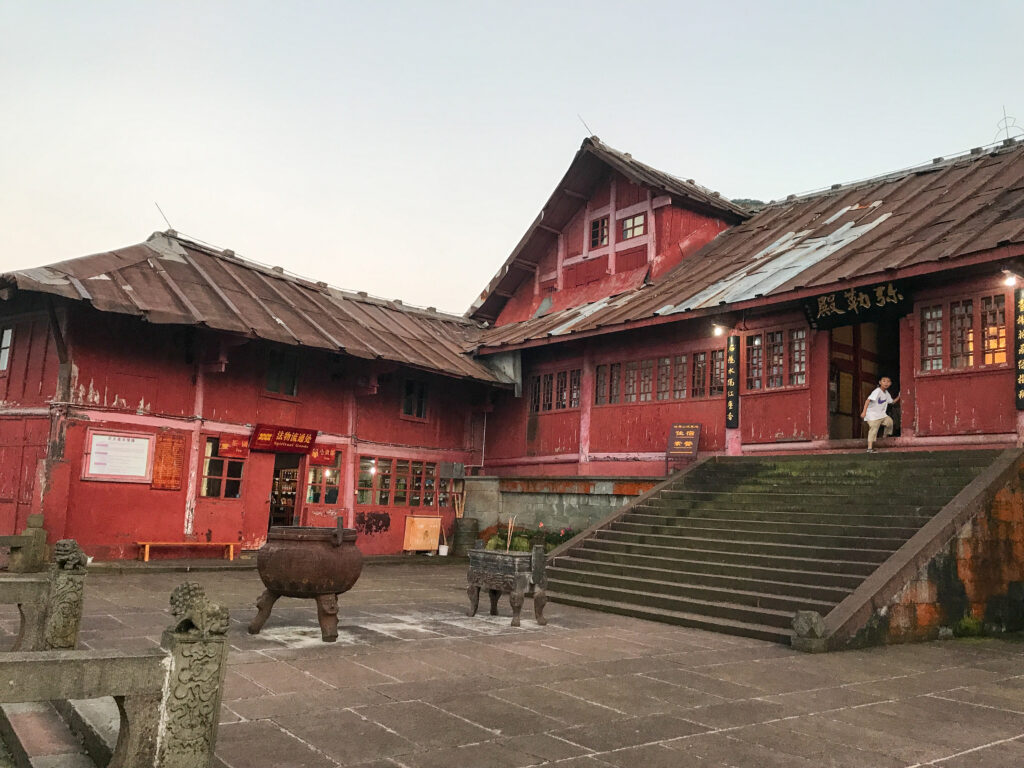 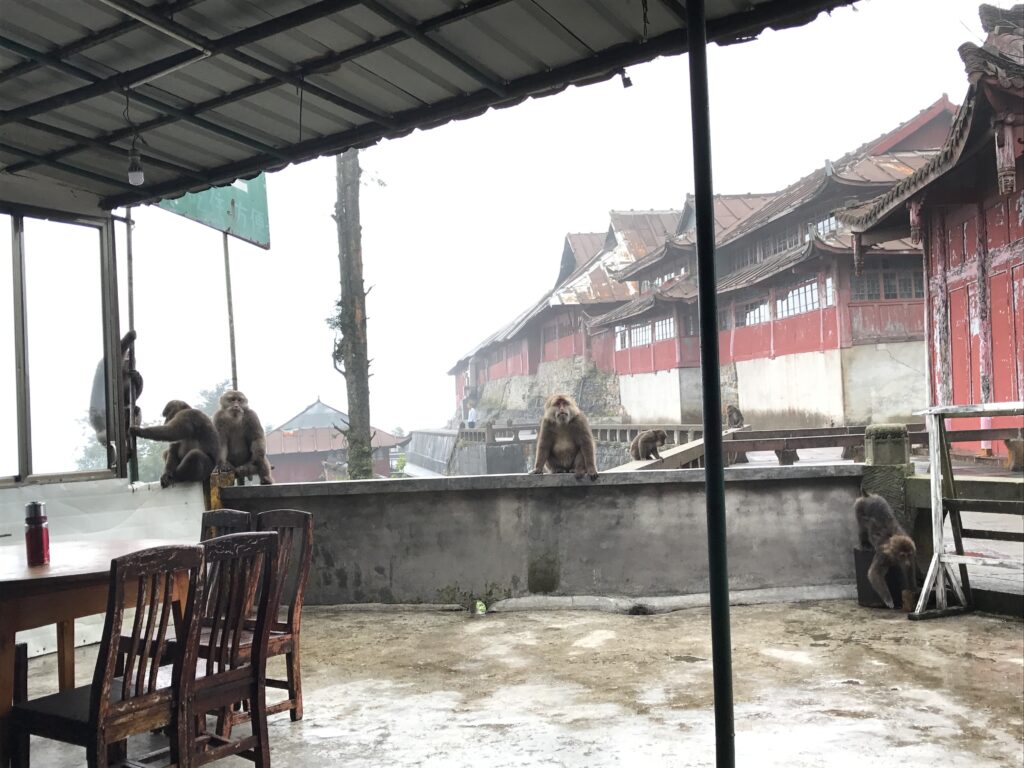 We left Xixiangchi at daybreak with our stomachs full and bamboo sticks at the ready. At that point we had learned that the macaques attack when you least expect. Like guerrilla soldiers, they use the land to their advantage and attack from all angles, even dropping on us from the trees above our heads. So we kept our guard up as we marched on through the forest, the remainder of the ascent spent fending off macaques and taking in the stunning vistas that the mountain had to offer. 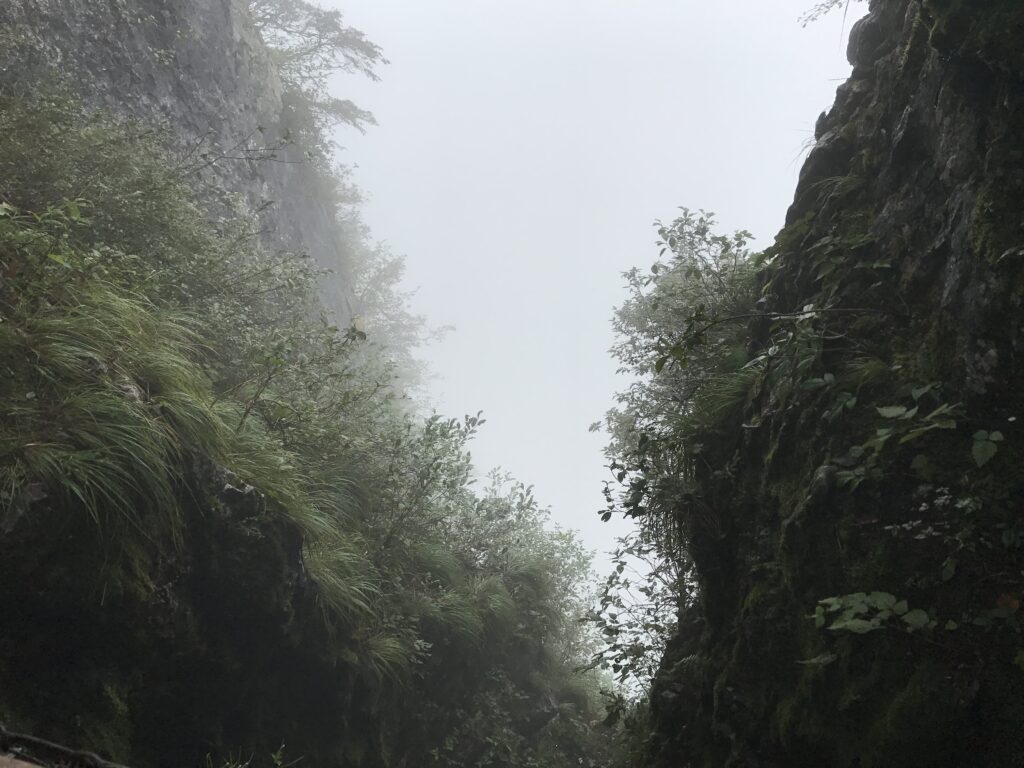 There comes a time in the journey, though, that taking in the scenery becomes less than pleasant. There are sections of the hike that venture above staggering drops and along uneven, sometimes unstable, portions of cobblestone. One wrong step in your battle with the macaques could send you hurtling down the face of a seemingly-endless cliff and into the swirling sea of clouds below. So it's best to keep your eyes on the trail in front of you and march on with a clear mind. 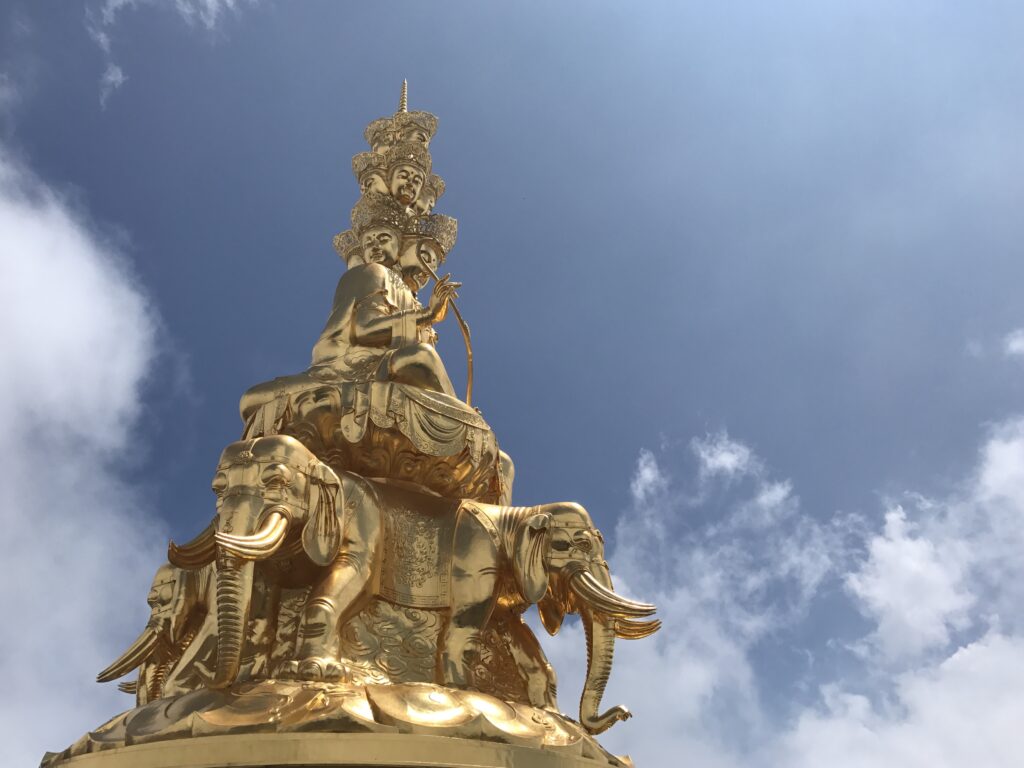 Once the clouds finally part and you see the the sun shining on the golden summit before you, everything you have suffered on the climb, all the hardships and doubts slowly melt away. There are few feelings that come close to this, to the sensation of achievement. We had reached the summit of Emei, without the aid of bus or cable car, where we stood in the footsteps of countless generations past and knelt on the stones where Samantabhadra found enlightenment.